The traditional end to the TT Festival takes us back down to the south of the Isle of Man to the Billown Course for some multi-start road racing.

Thankfully the weather held out long enough to get through the Practice Sessions and line up another great evening of racing.

It is no secret I am a big fan of the Pre and Post TT Races, honestly – factor them into your trip to the TT – it is a great course, with great racing.  It’s a great way to relax and wind down after the hectic pace of the TT – although the bikes still keep the pace up! 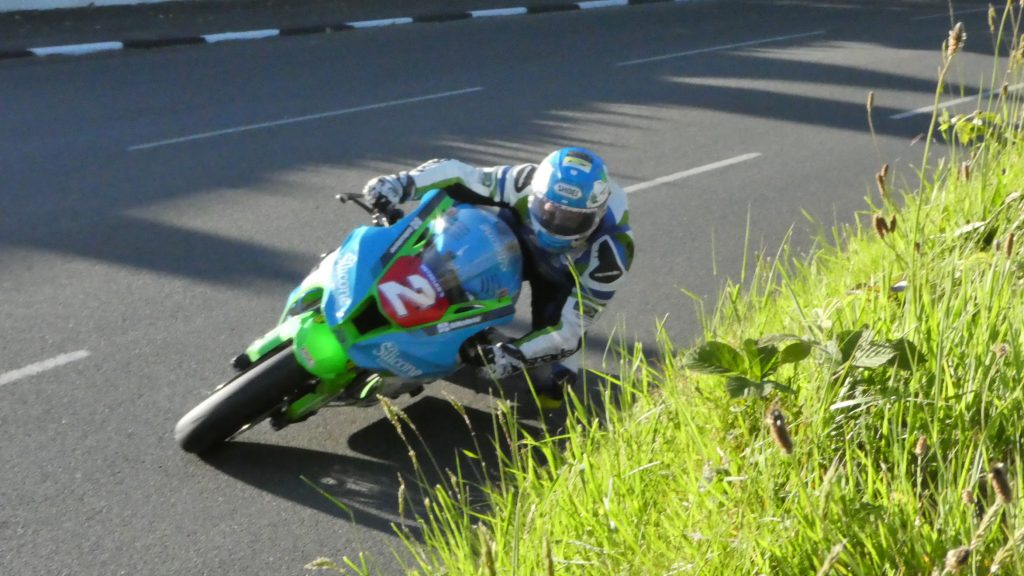 All the results from every Practice / Qualifying and Race Session of the 2019 Isle of Man TT Races.

"The Dunlop Senior TT - won on a pair of Metzelers."

The Colas Post TT Road Races have been described as a fitting conclusion to the TT Festival and is not to be missed, especially with the inclusion of 600cc Supersport, 650cc SuperTwins and Superbike races ensure that event attracts the crème de la crème of the racing fraternity from the British Isles, Europe and further afield.

With the mandatory delay – only a wee one though – things got underway at 10:15am.

With – you guessed it – the weather continuing to play havoc with every plan the Clerk of the Course could lay out it really did come down to one last roll of the dice and that was Thursday 6th June 2019. The forecast was looking positive and as long as the roads would dry out over night then there was the potential for a full day of racing and a couple of necessary qualifying sessions.

The plan had to be ambitious, but I think it would be fair to say that everyone was shocked when Gary Thompson came up with this idea :

Yes, you have read that correctly – 5 Races, 1 Day. Now that is a day of racing!

A few days late but 3rd June 2019 finally brought racing to the 2019 TT Races. A jammed schedule was planned as a result of the weather that has hampered this years event, but it really did line up well. A racing fan’s dream of a full day’s double session of racing.

After a couple of delays – one off track medical emergency then an uncooperative ‘fan’ things got underway.

Due to time constraints the originally planned 6 lap race was shorted to 4 laps.

Conor Cummins started things of followed by Dean Harrison. Harrison was in the lead by Glen Helen and had caught up with Cummins by the Mountain Road. Deano lapped at 132.47mph – the fastest lap of 2019.

Peter Hickman was on form too and was quickly second on adjusted time, and things were looking like it was going to be another epic duel between Hicky and Harrison. Deano was flying and by Ballagh Bridge on lap 2 Harrison was 4.841s ahead of Hicky. This all changed on the Mountain Road and the route down to pits and by the time of the planned pit stop Hicky was 1.782 seconds ahead. A lead which he held onto.

On the same stretch of the road Conor Cummins took the lead on the road again from Harrison which he later explained was some sort of power / throttle issue with his bike.

Unfortunately on lap 2 of this superbike race the red flag was brought out with the tragic death of rider Daley Mathison.

The race to this point was declared a result with Peter Hickman taking the win, Dean Harrison was second and Conor Cummins third.

The bike riden by Hicky was a hybrid – mostly Superstock, with a few superbike add-ons. The system clearly worked!

If you feel like you are having a shortage of motorcycle exposure at this year’s TT don’t panic – you are! However things are looking much more positive for two reasons!

Enjoy and get comfy for what should hopefully be a full day of zoom zoom!

Believe it or not the last time bikes or sidecars were on the TT circuit and racing was last Tuesday (it is now Sunday).

Today was meant to a rest day in race week, however due to continued and persistent inclement weather it was a practice day and only the third of the event. Practice seasons had been cancelled on Wednesday, along with double sessions on Thursday, Friday and Saturday.

The Clerk of Course has had to deal with nightmare weather issues, but to be fair has been open and honest, even posting regular videos on Twitter to show us the conditions that he was basing his decisions on, and I think it is fair to say every decision has been the right one.

Today even though the weather started off in the same vain the Met Office had apparently given their word a break in the weather was due that would give a window big enough to get some practice and qualifying sessions in. The decision was made to go ahead with the road closure and it turned out to be the right decision. That weather window did come and we got some bikes on the track!

After a glorious Monday morning and afternoon in the South of the Island at the Blackford’s Pre-TT Races in Billown the rain started pretty much as soon as the last sidecar got itself back to the paddock and that was that. Monday night’s TT Qualifying Session was cancelled.

And boy did it rain! The road back from Billown consisted of bikes parked under trees, riders frantically trying to get waterproofs on – anything thing that could offer some form shelter was utilised for man and machine. The funniest image I have taken away from the rain storm – as it was a rain storm – was four ‘power rangers,’ no offence ‘power rangers’ – off their bikes as they stood in a brick bus shelter, lids and all still on, just watching the rain bounce off the road and their machines. All in a perfect line looking like if a bus came along they would be happy to abandon their machines and just bus it back to Douglas.

The result was no qualifying and a statement that the Monday night Schedule would be held on Tuesday.

Remember ‘there is no such thing as bad weather only bad gear.’

* Does not apply to racing.

Tuesday came, and it was like the Isle of Man had shifted to the Med. It was a bit cool, but it was glorious wall to wall sunshine with not a cloud in the sky.

On the Superbikes Dean Harrison was still showing great from form Sunday and took the fastest time, lapping at 129.531mph. Conor Cummins also showing more of the same took the second spot and James Hillier was snapping at his heels, with the riders lapping at 128.088mph and 128.075mph respectively.

Superstock machines were again lead by Dean Harrison at 129.336mph on his Silicone Engineering Kawasaki. David Johnson and Sam West taking the second and third spots of this session.

On the Supersports Peter Hickman got himself back to the top of the lists, lapping at 123.917mph on his Triumph / K2 Trooper Beer Triumph by Smiths Racing. Derek McGee brought some his of amazing Irish National talents and skills taking the second best time of the session at 122.037mph on his B & W / Diamond Edge Cuttin Kawasaki. The third fastest supersports position went to Lee Johnston on his Ashcourt Racing Yamaha with an average speed of 121.378mph

The last out in the session where the sidecar outfits. John Holden and Lee Cain took the fastest lap on their Silicone Engineering/Barnes Racing Honda lapping at 114.988mph. Peter Founds and Jevan Walmsley took second with their Rowtec Engineering / Morris Lubricants Suzuki, Alan Founds and Jake Lowther were third fastest in their Cloud Vapers Yamaha. The times were 114.399mph and 112.352mph respectively.

Due to poor weather conditions across the island on Saturday 25th May 2019 Qualifying was postponed until 26th May 2019 for an early afternoon Sunday session.

Dean Harrison was fastest on the Supersports, getting 6 laps on the sheets on his Silicone Engineering Kawasaki, his fastest coming in at 126.094mph. Michael Dunlop on his MD Racing Honda was second fastest with best average of 123.899mph Conor Cummins was third on the Malenco Padgetts Machine completing 4 laps, his fastest being 123.714mph.

On the Lightweights Jamie Coward continued his great form on his (takes a deep breath) SB Tuning / CMS / KW Electrical Kawasaki, his fastest lap coming in at 119.964mph. Another second spot for Michael Dunlop on his Paton / Paton SC-Project Reparto Cors lapping at 118.524mph. Paul Jordan continued with his great 2019 so far on his RC Express Dafabet Devitt Racing Kawasaki posting a average speed of 117.455mph.