Tuesday 28th July 2015 and it is Day 2 of the #WAWIn1Week.  Today’s route takes me from Kenmare, Co. Kerry to Ballybunion, Co. Kerry.  I had worked this out at about 230 miles when planning the route, however this is a long, long leg.  It’s probably closer to 280 – 300 miles and the with a pretty heavy volume of traffic, and some pretty small tight roads it leads to a long day in the saddle.  Today I was on the bike for a solid 12 hours with few stops.  Lunch for example was about 2.30pm at a garage on a picnic bench on the way to Dingle.  Tasty fresh sandwiches though, and friendly staff so it was grand, but time was the main issue I had today.

This section of the route took me to two signature points today :

Viewed from Bray Head, Skellig Michael and Small Skellig are two islands rising from the Atlantic some 13km southwest of Valentia Island in County Kerry. Skellig Michael is renowned among archaeologists as the site of a well-preserved monastic outpost of the early Christian period, and it is now designated as a UNESCO World Heritage Site. Small Skellig, meanwhile, is famous in the world of ornithology, as it is home to some 27,000 pairs of gannets, making it the world’s second-largest colony of these sea birds. The monastic site on Skellig Michael is reached by climbing more than 600 steps on a 1,000-year-old stairway. Stone beehive huts where the monks lived and prayed cling to cliff edges alongside oratories, a cemetery, stone crosses, holy wells and the Church of St Michael. These remains demonstrate the spartan conditions in which the monks lived until they left the island in the 13th century. You can experience these islands first-hand with a boat trip, or opt to stay on dry land and visit the Skellig Experience Centre instead.

Out on the very edge of Europe, off the Dingle Peninsula, lie the mystical Blasket Islands, a small archipelago renowned for its storytellers. In the early 20th century, JM Synge became the first of many writers to arrive here in search of Ireland’s traditional culture, which remained strong in this isolated and far-flung community. Here, people lived simply and frugally off the land and sea. Their stories were transcribed and became the first written works to be published from the oral Irish culture. After many years of hardship and emigration, the last inhabitants left in 1953, and today, you can wander among their ruined cottages on the main island, An Blascaod Mór (Great Blasket). From there you can also spy dolphins and whales, and look out across the horizon toward America, as so many have done before. Back on the mainland, a visit to the Blasket Centre will provide insight into the islanders’ lives and the rich literary heritage of the region.!

Warning : All sorts of traffic problems are likely in this part of the world!

So today’s leg of the journey took me along the Dingle Peninsula.  A hiving seaside community, a proper seaside town, something I remember a seaside town being like in the 80s but it had an even more vintage feel, bar the developments in technology this place could be a throwback to 70s, maybe even 60s seaside towns.  (maybe not even a throwback – this is how the place could have been and has remained!)  It has a brilliant charm about it and a hussle and bustle from holiday makers and boat owners alike.  The harbour was full of boats, with vessels of all shapes and sizes.

The scenery around the town is of course spectacular and this is a location that until I started researching my route I hadn’t even heard of!  I am quickly realising that for this route being so close to home, for me, I know so little about the west coast of this island.  It’s breath taking for me and I live here, I can absolutely see why ‘proper’ visitors like it so much.  The Dingle Peninsula is somewhere I will definitely be back to.

The same problems as I have raised in the previous post unfortunately exist here too.  With Dingle being so popular the traffic is bad.  The town itself seemed  to be in a constant state of rush hour.  The road into Dingle was queued thanks to the multitude of camper vans and RVs.  We already know how I feel about them and their oblivious nature to driving, but at this point I am much more calm it is something I have started to become accustomed to.  You just need to stay clued in and be aware of them, the fact that they are probably unaware of you and use the road and power of your bike to get out and round them when it is safe to do so.  I am going to leave these points as settled now.  It is something you have to be aware of.  The traffic is heaviest around the signature points but with it being such a huge tourist draw we need to expect that.  Be aware of it and don’t let it affect your trip, and do it on it a bike.  A car has far fewer chances of getting safe overtaking options on a huge percentage of the route.  If you are happy taking your time and slowly bimbling along then you’ll be fine either way.

Today’s leg ended in Ballybunion.  This is another spot I had no idea where or what it was other than a spot on the map that seemed to be a decent distance for the day.  It turns out it is another bustling sea side town.  It has the usual share of B&B’s lining the streets, a popular golf course, amusements and novelty shops, again it is like a step back in time to a more simple family holiday type location.  I stayed in The Astor B&B and it had a big glass front with seats so you could look out the window and take in the shore, the only problem with that was that the only view was that of a fun fair.  Yep a fun fair!  How retro!  But also slightly annoying.  The rooms were pretty well sound proofed but I opened the window for some ventilation and then boom, the crazy fun fair music from the ‘Dodgems’ – on repeat.  The shouting and screaming of the kids, not young kids though, half blocked teenagers running about shouting and screaming in the fun fair.  Parking was a big problem.  I initially parked beside the B&B tucked in against the wall, well out the way but for some reason that wasn’t good enough and I was asked to move it.  The next space I could find was on the main street about 200m away with no view of the bike.  I hated that because the number of rowdy kids running about, half blocked with their tins of cheap lager and bottles of cider was rather unnerving and I hate visions of the bike becoming their play thing for the night.  The car parking facilities are the rear of the B&B were full, but a short time later I heard a car leaving, took my opportunity and got the bike relocated a bit closer and out of sight behind the B&B, where it remained safe and well overnight.  The room itself was clean and tidy, the wifi was good and enabled streaming Sky TV quite well.  It did drop out a few times but came back again pretty quickly.  The bed was comfortable, however space in the bathroom was a premium and because of that the toilet handle was on the wrong way, meaning flushing it was weird, it worked no problem but it was weird.

Credit where it is due, the funfair was not ideal, but when the windows were closed and at about 11:00pm you wouldn’t have even known it existed.  The B&B owner when I was speaking to them the following morning apologised about it being there, it’s not their fault and I’m sure is as much an inconvenience for them as anyone else.  The breakfast more than made up for it though!

I am a road race loving, adventure motorcyclist, with a huge bit of techie built in.  I am currently trying out a bit of photography.

TBNI.Blog is proud to recommend the following businesses and services, please feel free to check them out... 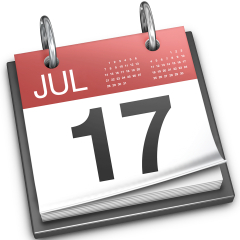